The Hercilio Luz Bridge is located in Florianopolis, the capital city of the state of Santa Catarina in southern Brazil. It is the first bridge constructed to link the Island of Santa Catarina to the mainland. The Hercilio Luz Bridge is the longest suspension bridge in Brazil. Construction commenced on 14 November 1922 with the bridge being inaugurated on May 13, 1926. The total length is 819 meters, with 259 meters of the viaduct from the island, a central span of 339 meters, and 221 meters of the viaduct from the mainland. The main span is suspended via an eyebar chain, which serves as the top chord of the stiffening truss. When completed the bridge was the longest eyebar suspension span in the world.

BTC advised abandoning the current eyebar suspension system due to its vulnerability to cracking and replace it with a suspension cable made of high strength steel wires. The suspension cable is far more reliable and is a safer alternative.

• Design alternative of a suspension cable made of high strength steel wire to replace the vulnerable eyebar suspension system. 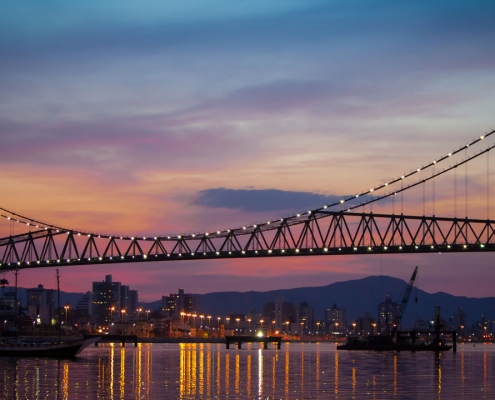 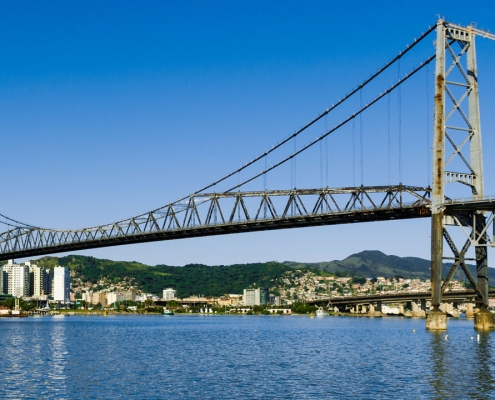 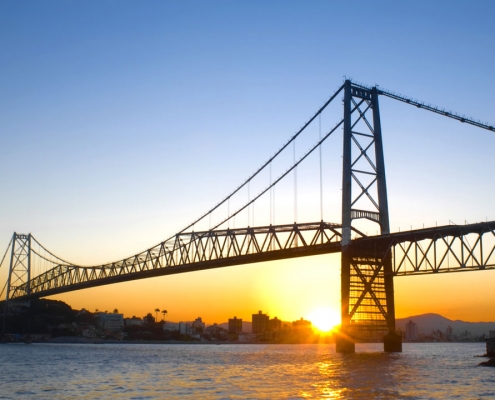