The Thaddeus Kosciusko Bridge, commonly referred to as the Twin Bridges, is a pair of identical through arch bridges, made of steel, which span the Mohawk River between the towns of Colonie, Albany County, and Halfmoon, Saratoga County in New York State’s Capital District. Each span carries three northbound and southbound lanes of Interstate 87. The bridge opened to traffic in 1959, with a main span of 600 feet, and side span of 120 feet. 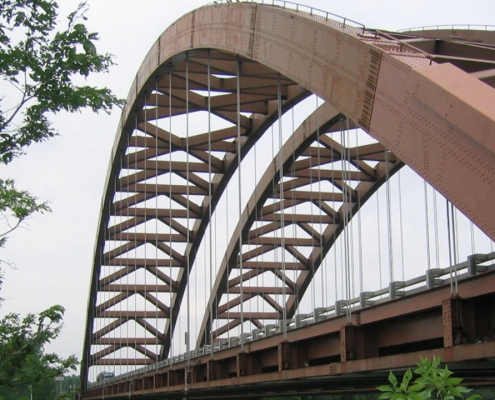 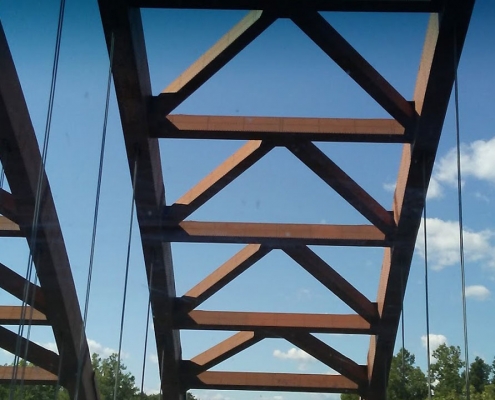