The Triborough Bridge, which has been named after Robert F. Kennedy, is a complex of bridges and elevated expressway viaducts in New York City. The bridges link the New York City boroughs of Manhattan, Queens, and the Bronx. The viaducts cross Randalls and Wards Islands, which were previously two islands but are now joined by landfill.  The Triborough Bridge, a toll bridge, carries Interstate 278 (I-278) as well as the unsigned highway New York State Route 900G. It connects with the FDR Drive and the Harlem River Drive in Manhattan, the Bruckner Expressway (I-278) and the Major Deegan Expressway (Interstate 87) in the Bronx, and the Grand Central Parkway (I-278) and Astoria Boulevard in Queens. The bridge was opened to traffic on July 11, 1936.

The three primary bridges of the Triborough Bridge complex are:

• The vertical-lift bridge over Harlem River, the largest in the world, connecting Manhattan to Randalls Island

• The truss bridge over Bronx Kill, connecting Randalls Island to the Bronx

• The suspension bridge over Hell Gate (a strait of the East River), connecting Wards Island to Astoria in Queens 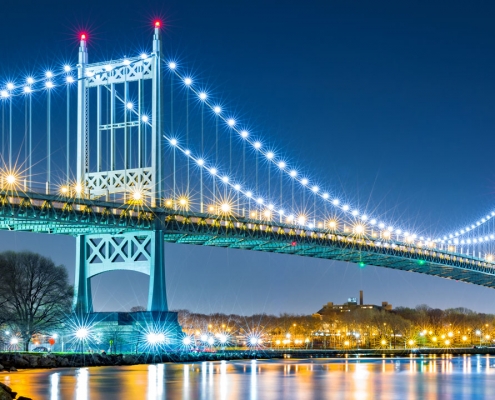 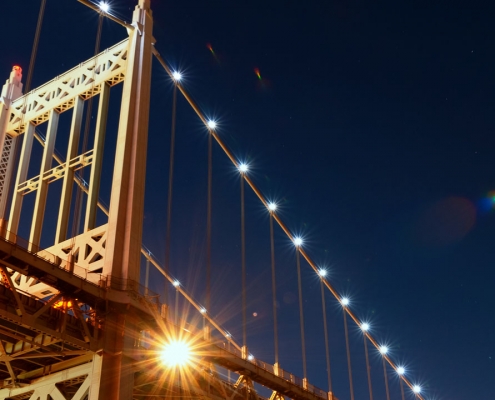 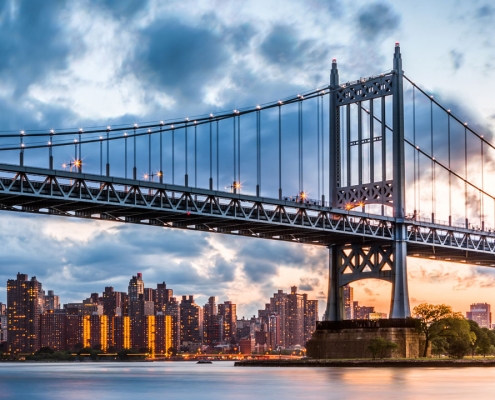