The Verrazzano Bridge is a suspension bridge connecting the New York City boroughs of Staten Island and Brooklyn. It spans the Narrows, a body of water linking the relatively enclosed Upper New York Bay with Lower New York Bay and the Atlantic Ocean, and is the only fixed crossing of the Narrows. The double-deck bridge carries 13 lanes of Interstate 278, with seven lanes on the upper level and six on the lower level. The span is named for Giovanni da Verrazzano, the first documented European explorer to enter New York Harbor and the Hudson River in 1524. The bridge is supported by four main suspension cables, with a center span of 4,260 feet and was the longest suspension bridge in the world from the time of its completion in 1964 until 1981. 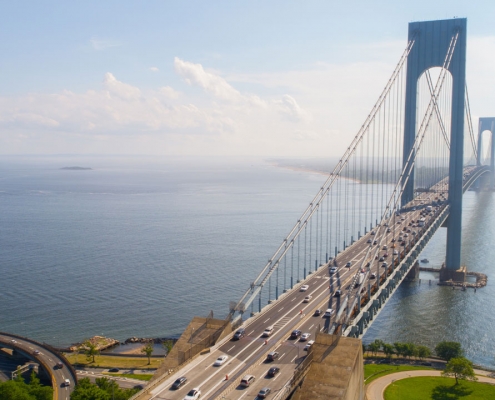 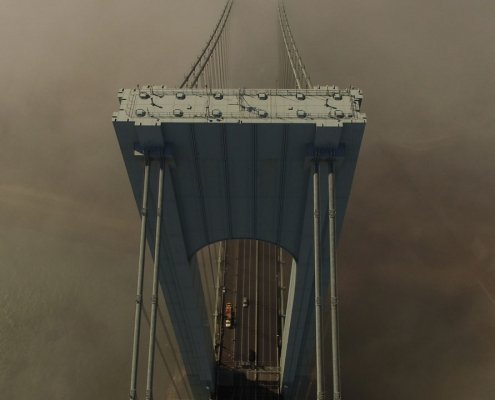 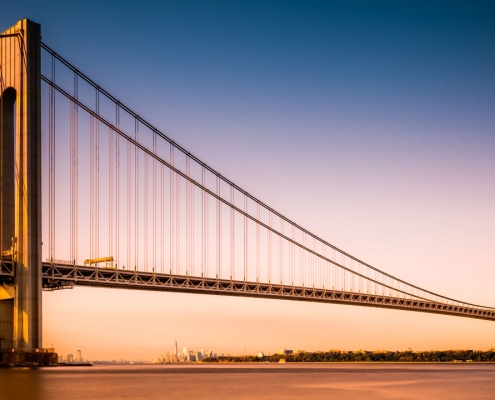